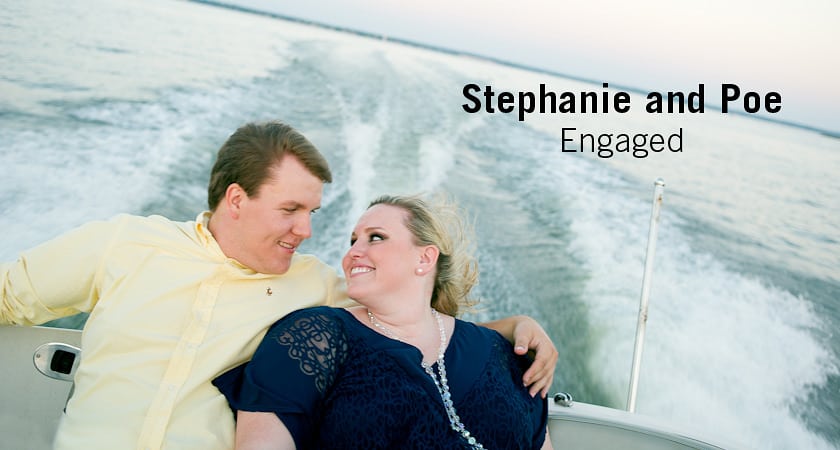 Make sure to read Stephanie and Poe’s love story at the very bottom of this post! Q. Where did you meet?

A. We met in the dorm, The Tradition at Northgate in College Station, Texas. Stephanie was in her bedroom when the door into the dorm opened and someone walked straight through the living room into her bedroom and said “Hi. I’m Poe.” Both Stephanie and her friend Fin just stared at him kind of shocked he had just barged in and then both said hello. Who knew that that would be the beginning of our love story!?

Q. What was your first impression of him?

A. Well looking past the fact that he had just walked into my bedroom, I quickly realized he was fearless and had no boundaries! Our friendship grew very slowly as we often found ourselves competing against each other to be the funniest person and best story teller!! It didn’t hurt that I thought he was extremely good looking and very attracted to his brawn and strength 😉

Q. What was your first impression of her?

A. I thought she was fake because every person I’d ever met before who was that nice had some ulterior motive for their actions. As I got to know her more I realized she was just being herself and she was the most kind and genuinely selfless person I’d ever met.

Q. What did you do for your first date?

A. Because we had been friends for over a year and a half before we started dating, we don’t have a formal first date, but this is what we both agree was our first date: One afternoon during the summer of 2007, Poe drove up to College Station from his house in Houston to take care of some school issues on campus. While he was there, he came to my apartment, picked me up in his mom’s Honda Accord, and took me to lunch at “Burger House,” a sketchy restaurant in Bryan who claimed to have been voted the best burgers in town (but there is no possible way anyone ever voted for that place!!!) Of course, in typical Poe fashion, he forgot his wallet and lunch was on Stephanie. We enjoyed our lunch while watching Roseanne reruns and catching up on each other’s summers. It would be several months before we became “Facebook Official,” but that was definitely the beginning of something special 😉

Q. When did you know he was the one?

A. Once we finally became an official couple, we got serious very quickly! The first time Nathan said “I love you” to me I started crying! I knew he was the one for me and we were meant to be together forever. That was during what we call “Our Summer,” the summer of 2008. I don’t think we ever stopped smiling that summer and we definitely didn’t spend a day apart! We started planning our lives together, sharing our goals and dreams, and looking forward to our bright and loving future together!

Q. When did you know she was the one?

A. It was definitely the first summer after we officially became a couple and we were both in College Station for the summer. We basically had both of our houses to ourselves. We spent every day together and it was amazing. We had a lot of lazy days that summer when we didn’t do much other than go to class and hang out at my house. I really knew she was someone special when there was not pressure to always be doing something or going somewhere and we could just be with each other and enjoy each other’s company and that was more than enough for us to be happy.

Q. How did he pop the question?

A. It was THE MOST PERFECT proposal ever! There was definitely a lot of pressure and high expectations but Poe rose to the challenge! We both went to Stephanie’s parents’ lake house on Friday for the weekend but Poe had a different plan up his sleeve. Poe arranged for his parents to call on Friday night and request that he come home early on Saturday to go to work with Mr. Poe. Stephanie’s parents said they needed to go shopping on Saturday and volunteered to bring Stephanie back to Houston after they ran errands so that Poe could drive her car back to Houston Saturday morning. Little did Stephanie know that Poe was running all over town preparing for the evening. He went to Costco and bought hundreds of flowers, borrowed champagne flutes and vases from Mrs. Isaac, and enlisted the help of his two friends, Claire and Sydney to help arrange the condo. He created a walkway lined with candles that led from the front door to around the corner in the dining room creating a heart all of which was filled with flower petals. The whole condo was filled with vases of flowers, candles, and wedding trinkets! Poe had also prepared a feast of all of Stephanie’s favorite foods she had been craving while dieting. When Stephanie walked up to the condo, she found the newspaper still sitting on the front porch as if no one had been there all day. When she opened the door she walked into the most romantic scene and was instantly overwhelmed with emotions. She knew she was going to find Poe on one knee just around the corner, so she stopped and did a makeup check in the mirror in the entryway! Little did she know that Poe felt like it was the longest 30 seconds of his life as he waited on one knee shaking with nervousness and excitement. After Poe finished his prepared speech, we both embraced as we cried tears of happiness! We called our friends and family and met with everyone that night to celebrate the happiest days of lives, thus far!

Q. What do you love the most about him?

Q. What do you love the most about her?

A. If you have ever met Stephanie you know this question doesn’t have just one answer. There are literally too many things about her that I love to pick one, so I will pick a few that set her apart. I love how stubborn she is. Everyone has always said that I am the most stubborn person they know, but Stephanie definitely gives me a run for my money. I have never met anyone who is as selfless and genuinely kind as she is. I love her sense of humor and how quick she is to laugh or tell a joke to lighten the mood. I love her determination, once she has set her mind to something you can bet that whatever it is, it is going to get done. These are just a few of the things I love about my wonderfully stubborn, kind, funny, determined, and beautiful fiancé who I love.

Q. Does he have any funny quirks?

A. As most people have noticed, he never wears shoes! He once got into my dad’s car to go to Dallas with my family for a weekend trip for a wedding and realized not only was he not wearing any shoes, he did not even pack any shoes! I wanted to kill him! My whole family got a kick out of it but we had to stop at Walmart to get shoes for him. Now he has found a new love, Crocs. He wears them every day and has to be forced to put on real shoes! We’re still discussing if he will be wearing Crocs at our wedding… We’ll see 🙂

Q. Does she have any funny quirks?

A. Well every time I get in her car, as soon as the radio kicks on we get a sound blast from whatever she might have been rocking out to while driving around town. She is a notorious car singer and her favorite artist/best friend is Taylor Swift. I don’t really think Taylor (as Stephanie refers to her because they are “best friends” and on a first name basis) could have a bigger fan. I have yet to meet someone else who knows every word to every Taylor Swift song or who hates John Mayer (for breaking Taylor Swift’s heart as she describes in “Dear John”) as much as Stephanie does. I usually don’t mind listening to Taylor Swift but when she comes out with a new album Stephanie listens to it over and over and over again so that she can learn every word. That is when I start to wish maybe we could listen to something else.

Q. What is the biggest challenge you’ve faced together?

A. As we enter this new phase of our lives, we have a new challenge! Poe is on a twenty one days on, twenty one days off rotation on a deep sea rig in the Gulf of Mexico! It has been going from one extreme to the other: spending all day together for weeks and then only being able to talk on the phone for eight to ten minutes every other day! Luckily he does have wireless internet so when we’re both not working we can continue to text using iMessage on our phones. While he is gone it seems to be the longest 21 days of our lives and when he is here the three weeks seem to fly by. Hopefully we will both continue to adjust to this schedule and make it our normal routine.

Q. What’s the secret to your happy relationship?

A. DEFINITELY COMMUNICATION! We have both learned the other is not a mind reader and things work much more smoothly when we are open and honest with each other, clearly expressing our expectations.

A. We LOVE our engagement pictures and know we will cherish them forever! Sharing them with our friends and family only make us that much more excited about getting married!!! Thank you so much to everyone who has come to look at our pictures on Adam’s blog and don’t forget you can find out more about our wedding at our wedding website: www.poeandvines.com 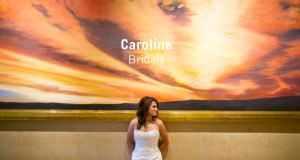 From Caroline… Q. Who was with you throughout the process of finding your wedding dress? A. My dad, mom, mother-in-law, sisters, and sister-in-law all helped me find that “perfect” dress. Q. Did you know exactly what you were looking for in a wedding dress? A. I had an idea about what I wanted. I knew… 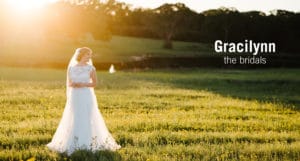 Who was with you throughout the process of finding your wedding dress?  Mom and 2 sisters. Did you know exactly what you were looking for in a wedding dress?  No! I had a list of ideas…  I wanted it fitted and I wanted a different look for the ceremony and the reception. How many dresses/locations… 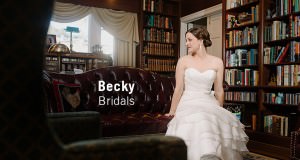