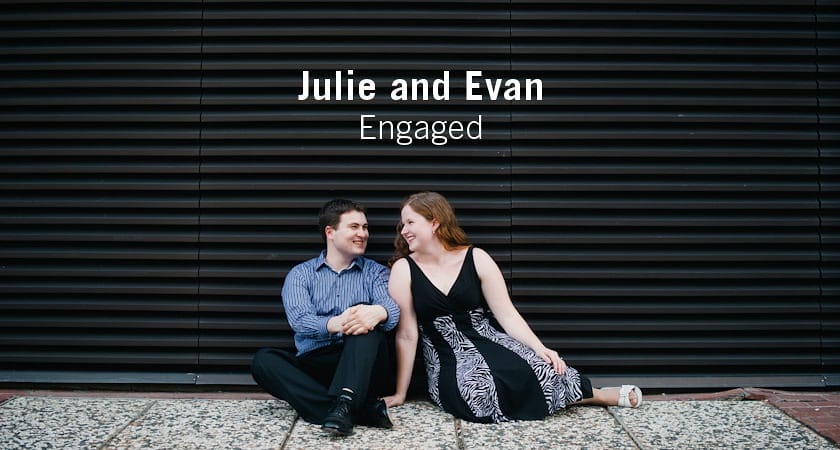 FROM JULIE AND EVAN…

Q. Where did you meet?
A. We met at the Baptist Student Center at Georgia Tech. We didn’t really get to know each other until we went on a mission trip down to Savannah, GA. We drove back together and ended up going to a Haunted House that night, and then started dating about a week later.

Q. What was your first impression of him?
A. He reminded me of Buzz Lightyear from Toy Story, probably because I really love Disney movies and he is an Aerospace Engineer and he has a very square jaw like Buzz Lightyear. Also, I really liked that he smiles a lot 🙂

Q. What was your first impression of her?
A. She was a cute girl with a great smile. Quiet, but knew how to have fun. But when we tried to play a prank on a few of the people on the trip, she couldn’t keep a straight face, but that was okay because she was laughing so much.

Q. What did you do for your first date?
A. The first time we really got to talk was on the long drive from Savannah to Atlanta, and that led to the haunted house which led to a coffee shop… But our first official date was probably watching Aliens followed by 500 Days of Summer and lots of talking because we didn’t want the day to end.

Q. When did you know he was the one?
A. Pretty soon after we started dating. He came to TX to meet my family after we had been dating for only 2 months.

Q. When did you know she was the one?
A. A few days after our long drive home, my mother tried to set me up with one of her friend’s daughters. But I told her that I had already met a girl, and that’s when I knew she was the one.

Q. How did he pop the question?
A. We went to eat at the food trucks near the art museum and then went over to Piedmont Park to go rollerblading. He was acting pretty weird when we were eating, so I was suspicious. He had a green lunchbox that he packed some drinks in for while we were rollerblading and we were stopping for a break, but then he wanted to stop at the gazebo near the lake instead of where we always stop for a break (the greystone at Piedmont Park). So then we sat down there and he asked if I wanted a Coke 🙂 He got on his knee and pulled a glass bottle of Coke out of the cooler and it had a ring tied on it with ribbon. And he asked me to marry him and I said yes!

Q. What do you love the most about him?
A. His smile, his blue eyes, and his round red cheeks. I love that he is very caring and sweet. He is very smart and works hard.

Q. What do you love the most about her?
A. Her smile, her eyes, and the peaceful look on her face when she sleeps and her love of board games. And the fact that she is just the right amount of crazy 🙂

Q. Does he have any funny quirks?
A. Yep, he can’t sit Indian style. He eats each of his foods separately, so if he has chips or fries he always eats them all and then his sandwich/burger or vice versa. He updates his computer every day and takes rules very seriously 🙂

Q. Does she have any funny quirks?
A. Yes 😉 There are too many to list here though. Her fear of bugs, love of mirrors, obsession with coupons, making sure the doors are locked (to keep the murders out), etc.

Q. What is the biggest challenge you’ve faced together?
A. Interviewing/finding jobs, planning a wedding and getting married, and moving all at the same time…

Q. What’s the secret to your happy relationship?
A. Working and playing as a team 🙂 Having a Christ-centered relationship. Also having different interests that we share with each other. 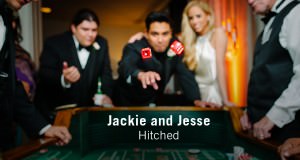 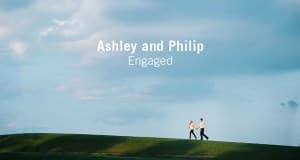 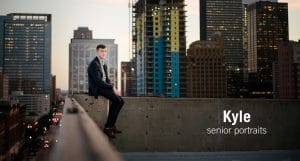